Share a memory
Obituary & Services
Tribute Wall
Read more about the life story of Richard and share your memory.

CAMBRIDGE CITY- Richard Everett Drennen, 91, passed away Sunday afternoon January 8, 2023, at Stonebrooke Rehabilitation Center in New Castle, Indiana. A son of the late Leslie and Margaret E. (Dickinson) Drennen, Richard was born in Connersville, Indiana on May 3, 1931.  He was raised on a farm north of Bentonville and graduated from Bentonville High School in 1951. Richard served his country in the United States Army during the Korean War (Nov. 5, 1951-Aug. 6, 1953) and was honorably discharged with the rank of Corporal. Richard married the love of his life, the former, Reola Patsy Henderson on October 14th, 1955, at the Cambridge City Church of the Nazarene. Richard’s work history includes assistant manager at PK Lumber in Cambridge City from 1954-1964, General Manager at PK Lumber in Fostoria Ohio from 1965-1968, then returned to PK Lumber in Cambridge City as General Manager from 1968-1986. After PK Lumber, Richard accepted a position with the State of Indiana with the Department of Fire and Building Services, Code Enforcement from September 6th, 1988, until his retirement December 31st, 2008, at the age of 77.

To keep busy after retirement, Richard was groundskeeper for CVS and Alco for fifteen years. Richard was a devoted husband, loving father and grandfather, a boy scout leader in the 1950’s, and a member of the Cambridge City Volunteer Fire Department from 1956-1963. He was an officer and member of the Dublin American Legion Leroy Tout Post #338. Richard was known for his organizational skills and in his leisure time, he enjoyed small building projects, yardwork, and gardening.

Visitation will be from 11 a.m. until time of services at 1 p.m. on Wednesday, January 11th, 2023, at Marshall & Erlewein Funeral Home, Dublin. Reverend Bob Meckley will officiate the service. Burial with military honors provided by contingents of the United States Army and Lawrence H. Bertsch American Legion Post #169 will follow at Riverside Cemetery in Cambridge City. Online condolences can be made anytime at www.marshallanderleweinfuneralhome.com

To send flowers to the family or plant a tree in memory of Richard Everett Drennen, please visit our floral store. 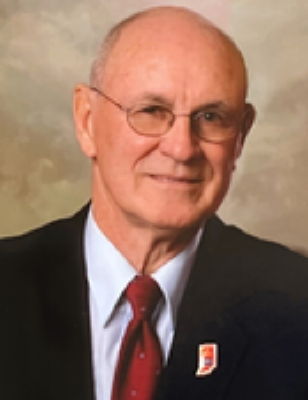